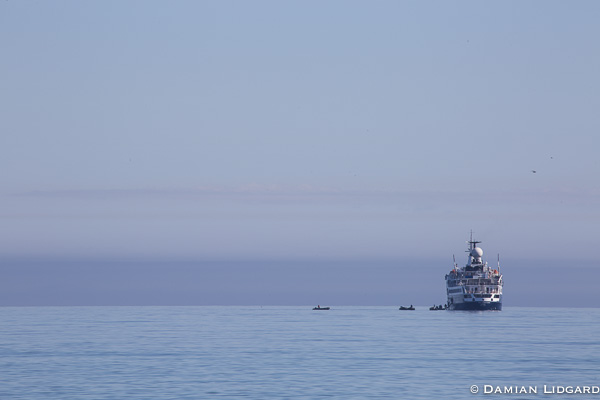 This is Adventure Canada visiting Sable Is. for the second time in 2014. You can see the zodiacs leaving the ship bringing people ashore.

We caught our last seal yesterday, an adult male on the East Spit of the island. This is the sixteenth seal deployed with a satellite transmitter and acoustic transceiver. The seal work is now done, although that remains is for us to leave the island. 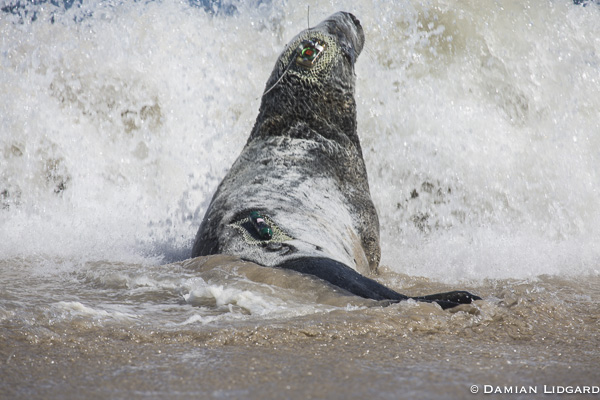 This is our sixteenth seal. This male will spend 6 months collecting GPS and oceanographic data before we catch him in Dec/Jan to remove the transmitters and download the data. 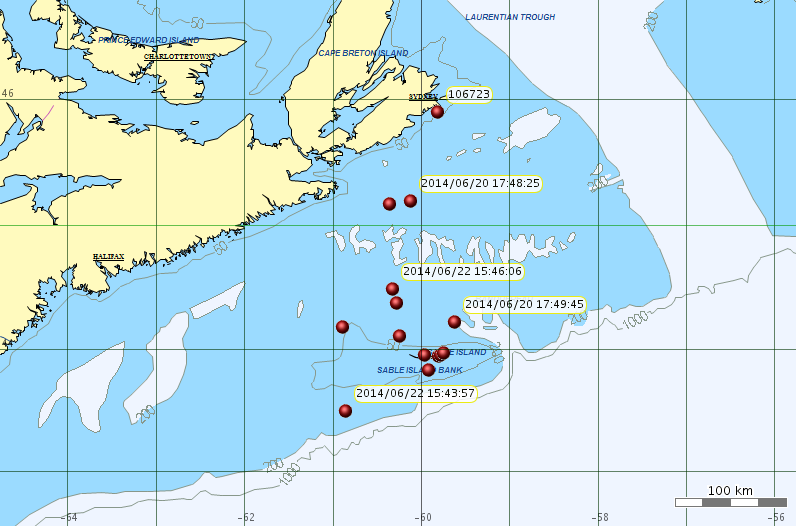 Location of our 16 seals deployed from Sable Is. as of 23 June 2014. Each seal will collect GPS and oceanographic data as well as the location of fish that have been tagged with acoustic transmitters.

Unfortunately, it is very unlikely that we will leave tomorrow. The plane (Islander) that flies out here from Maritime Air is broken, or a part of it is, and it is doubtful that it will be fixed in time for our fight. And that is fine, as long as we don’t run out of food!