Our tenth day on Sable Island was spent seal catching. The weather was a mix of sun and fog. There were lots of seals hauled out but the marked seals were difficult to find, and once found they were difficult to catch (very close to the water’s edge). Nevertheless we did catch three and successfully deployed the satellite and acoustic instruments. 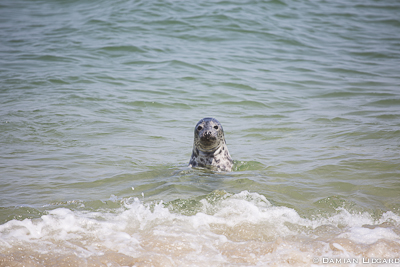 Young grey seal watching us on the beach

Sable Island suffers from continuous erosion due to its heavy surf and wind. The image below shows how dramatic the erosion can be. The area shown below is on South Beach just east of a cove called Peninsula Cove, aptly named from a peninsula that jutted out between two deep sandy coves. This peninsula has now gone and the two coves are barely recognisable as such. To really appreciate the extent of this erosion, the two pipes shown in the image below have never been seen before…they were buried in the dune. Such dramatic changes to the island make one wonder how it continues to exist. 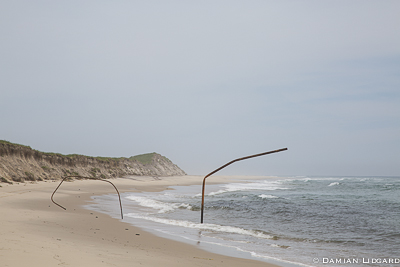 In January, these pipes were buried in a dune which has now been washed out by heavy surf 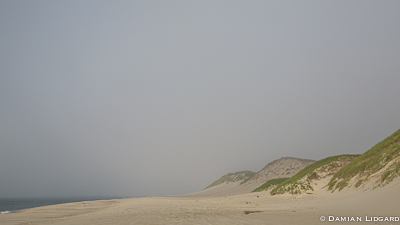 North Beach at the end of our working day