You are here: Home / Archives for music 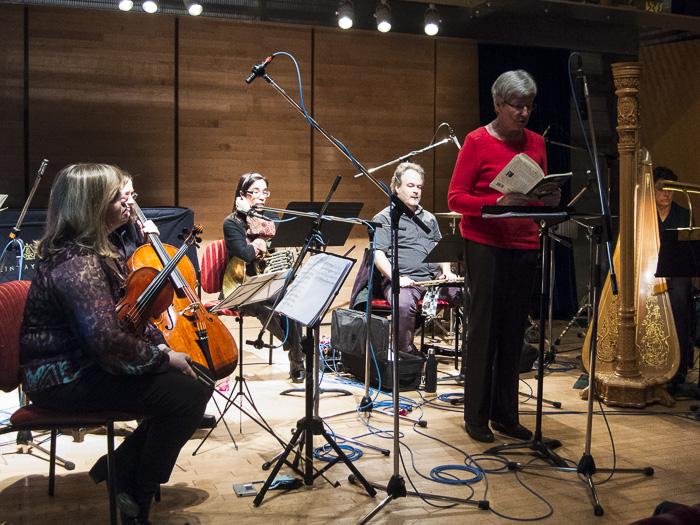 Jill MacLean reads her poem, Sable Island 44ºN 60ºW, to the audience with the musicians in the background. 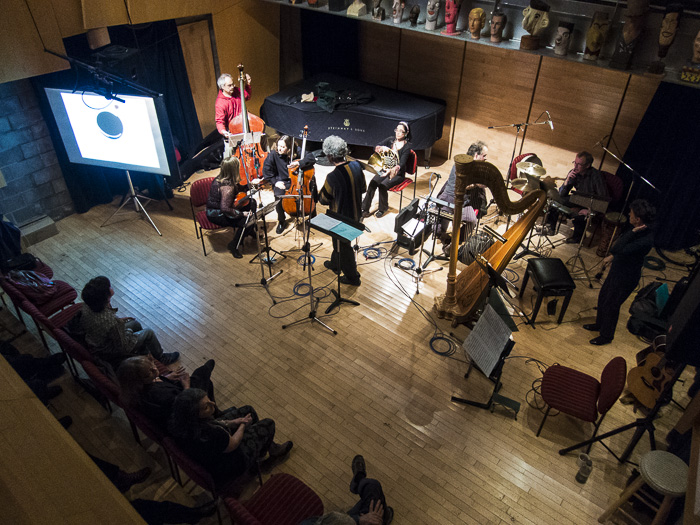