Quite a few things have happened in the past few days. Yesterday we were expecting rain but it didn’t start until late in the afternoon. This is good for the island since it has been very dry out here. It rained for most of today as well, and then we got fog. We spent yesterday morning and part of the afternoon catching seals to deploy our transmitters. We managed to catch three females so that was excellent. Because the seals are marked we know when they were born, so we had a 14, 15 and a 29 year old female. This morning all but one of the seals was out wandering the Shelf. 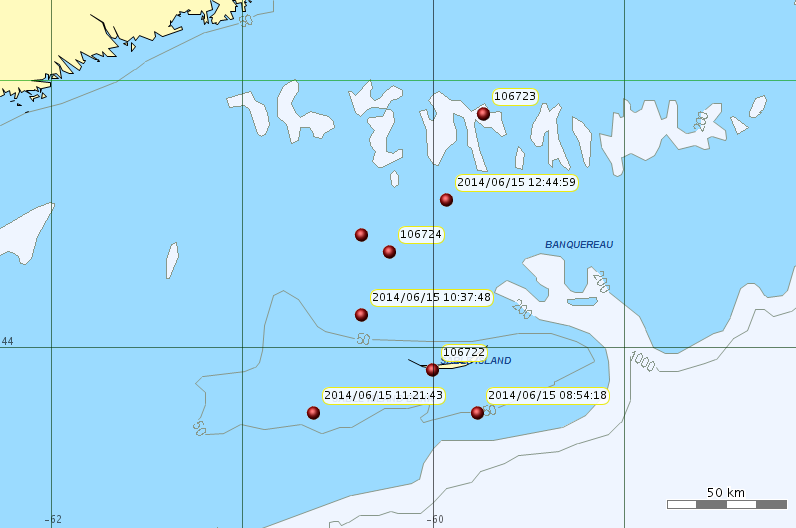 Eight seals that have been deployed with satellite transmitters and acoustic transceivers, roaming the Eastern Scotian Shelf.

While we were catching seals on South Beach, we noticed a line of people walking up Bald Dune. At one time, this dune was the highest point on the island, although it has changed its form over the past few years due to wind and may have lost that status. It is however a very handsome dune (!) and one of my favourite places on the island. On this occasion it was being visited by tourists from Venture Canada, a professional tourist company that takes people to remote areas of the world. It was an odd sight for us since we seldom see people around the island. It was clearly a very controlled operation with people simply walking up and back down the dune. 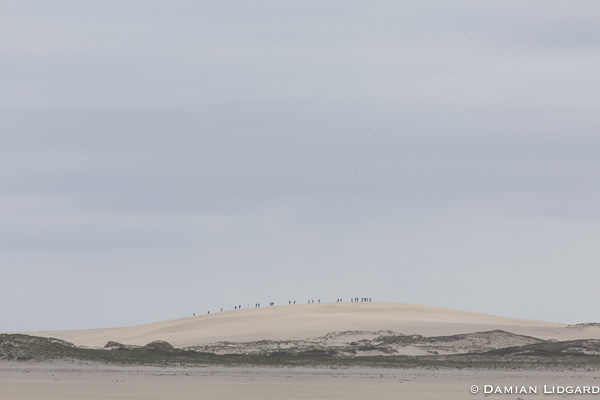