We are coming to the end of our stay on Sable Island. Many of the maintenance projects are complete (a large part of doing research on Sable Island) but we still have to catch 8 seals. We only caught one today, partly due to there not being many suitable seals around and also because we had to meet a plane that was bringing in an engineer to set up a generator to power our camp. 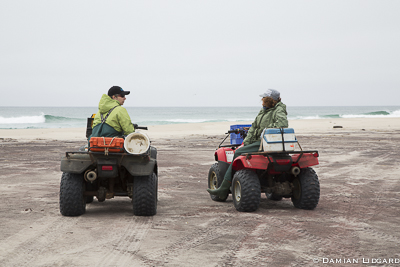 Two of my colleagues before seal catching, discussing the dinner menu

Many of the dunes on Sable Island are heavily vegetated. At first glance is looks as though much of the vegetation is beach or marram grass, however Sable has several hundred (200?) species of plant, including wild rose, wild strawberry, iris and beach pea. 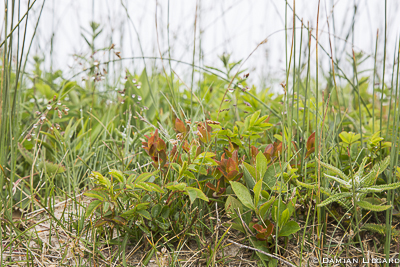 The vegetation on Sable Island is very diverse 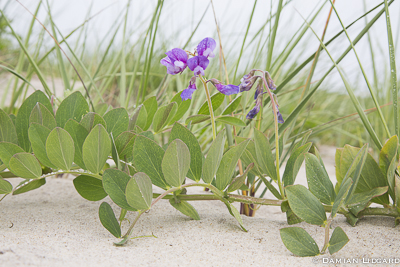 Beach pea is very common on the dunes on Sable Island

In the afternoon, I spent some time shooting photographs on the west spit of the island. 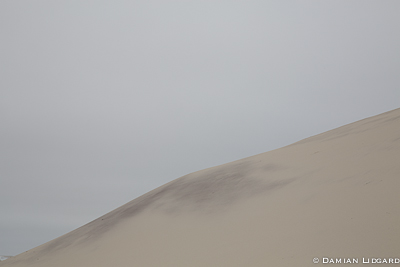 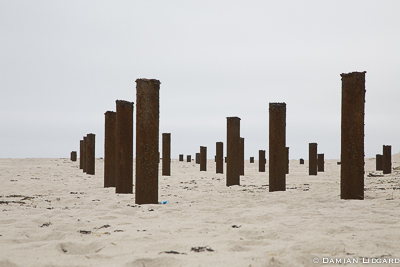 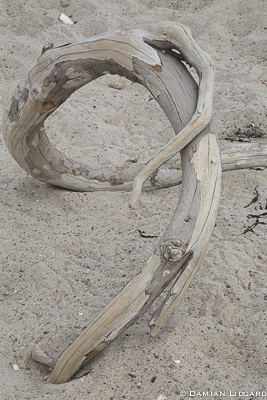 I find beach wood very expressive, in its colour, texture and form