Today the weather was warm but damp with fog for the whole day. We spent another day moving junk to be taken off the island, but I also got time for some photography.

At around 5pm, I went for my second run. Because of the high tide and a narrow stretch of beach, for part of the run I was a few meters from a large mass of lazy, smelly bodies lying on the beach; the seals at this time of year are moulting and are quite foul smelling. They didn’t like me either since many dashed to the sea.

Before my run, I managed to grab some time to take a few photographs and video. In August, a couple of guys are going to paddle to Sable Is. from the Nova Scotia mainland in a kayak. The idea is to raise funds for an outdoor camp for mentally challenged children (go to their website here). Jarrett Corke will film the journey but needs some footage from Sable so I am helping with that. I have never taken video footage before so I am on a steep learning curve. Its actually not too different from photography, its all about seeing. 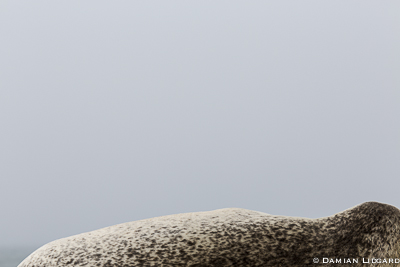 If one does not label what they see, then one will see more widely