Shop Prints
You are here: Home / Archives for photography 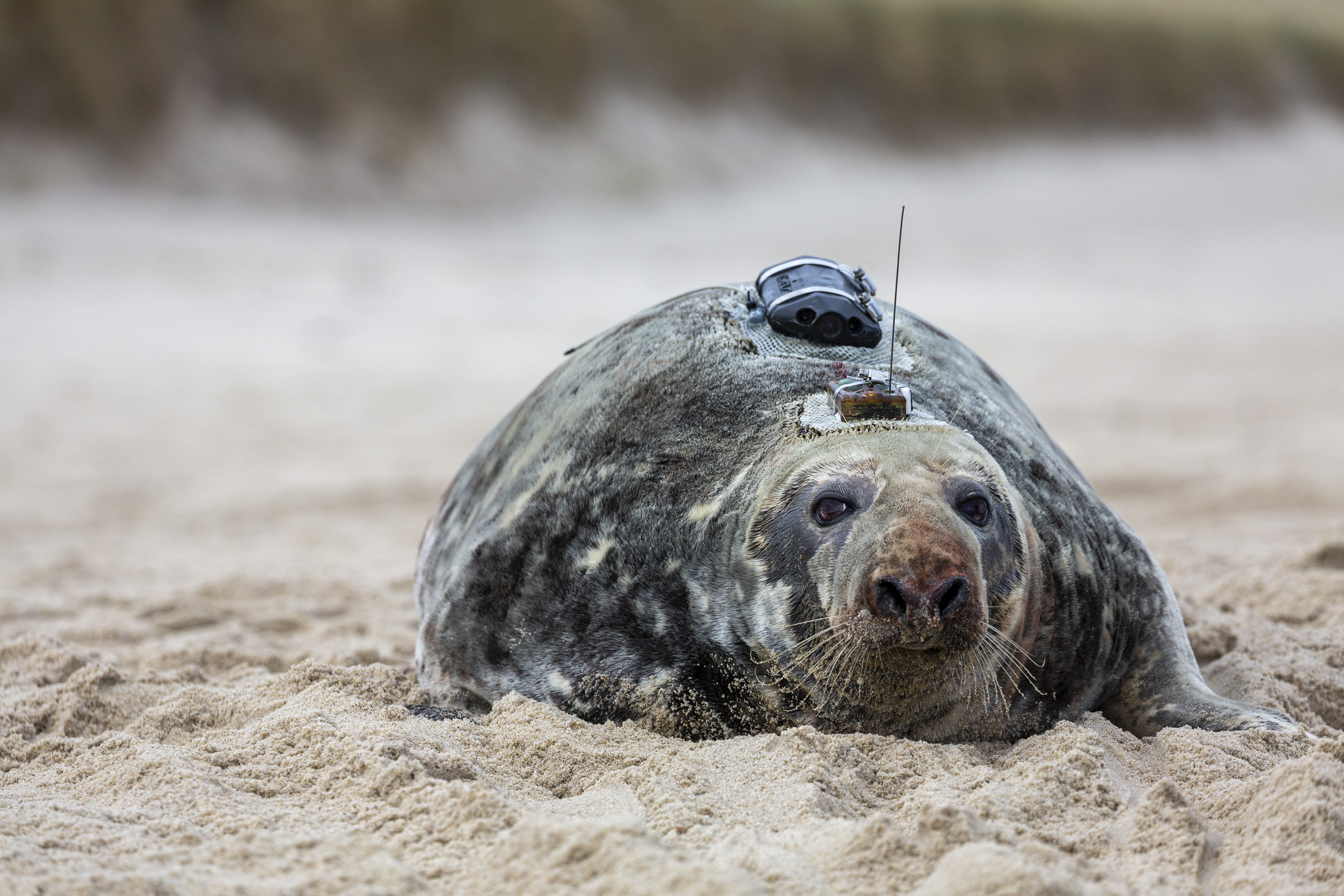 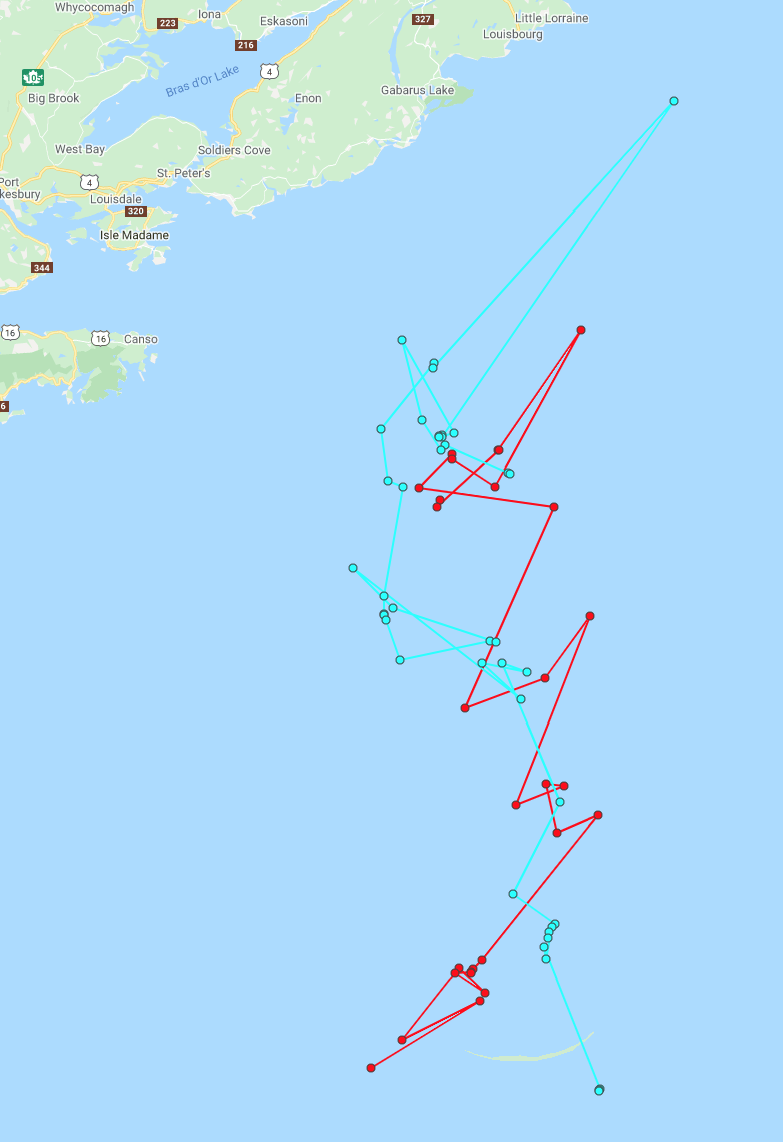 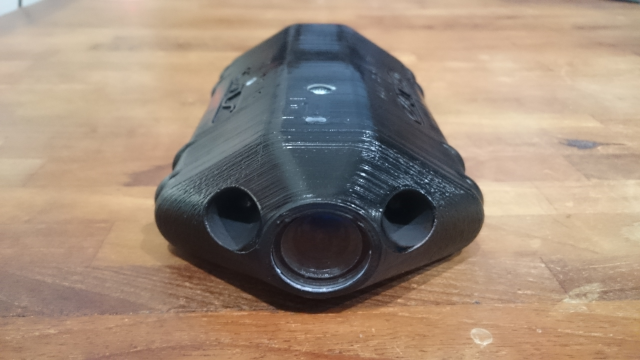 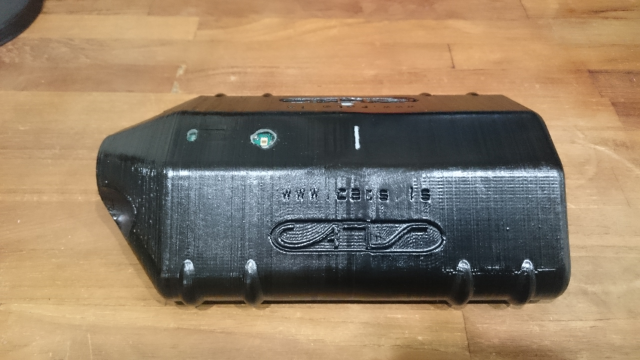 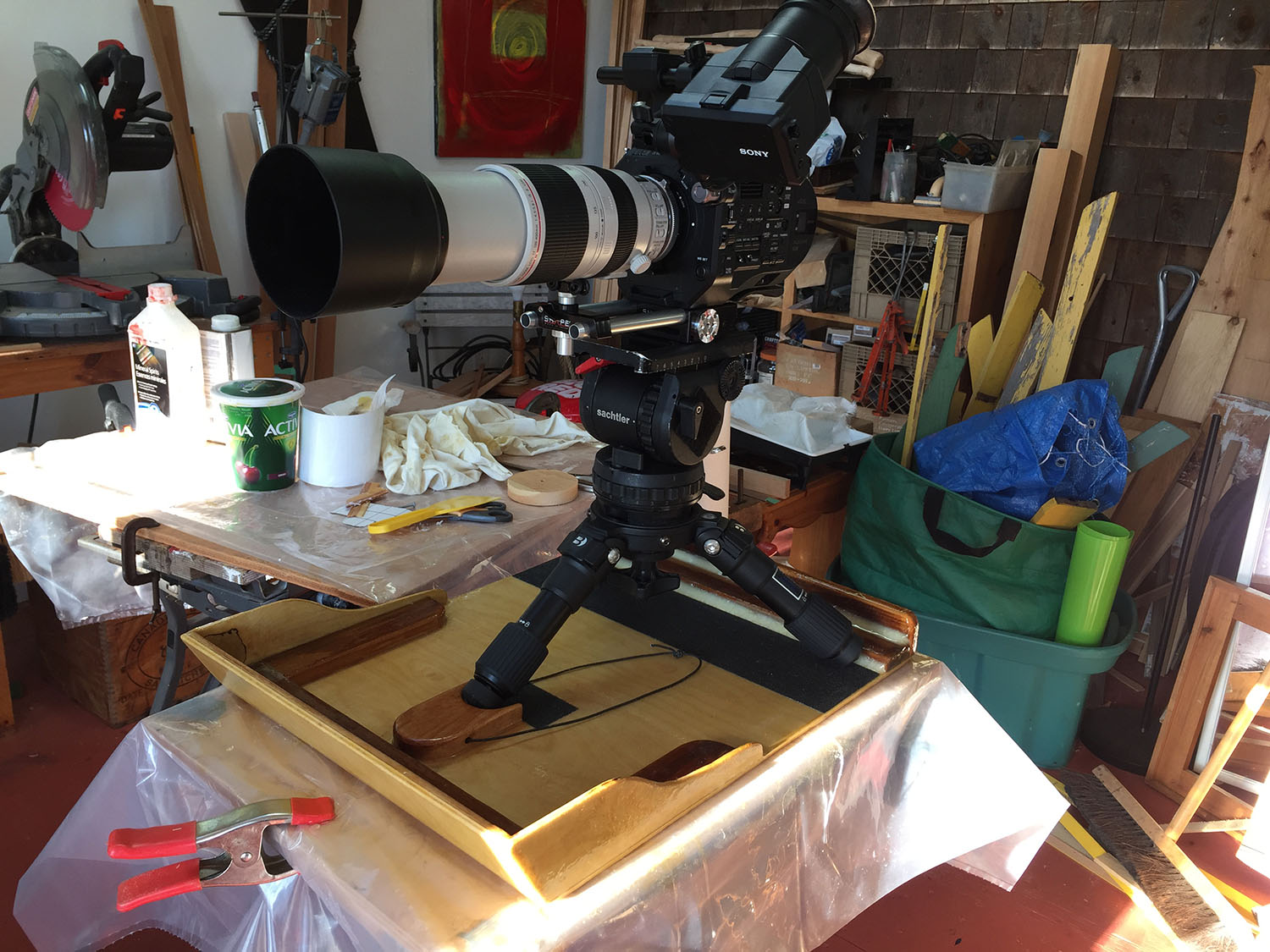 Today I spent a few hours (admittedly frustrating hours) securing two large pieces (60″ x 40″) of artwork in the recently renovated public washrooms on Bishops Landing in Halifax. The wall was a mix of concrete, wood and plaster so drilling holes in the damn thing was interesting. My good friend Dorothee Rosen helped to install these two pieces and am so grateful to her. Huge thanks too to Sean Burke at Frames Express; poor fellow had a nasty cold but still provided help with the installation.

If you are in the area, pop in for a peek and a leak!

On the 18th October at Pier 21 during the night of Nocturne, along with Hannah Minzloff and Orla MacEachern, I spent 6 hours photographing strangers.

The idea was simple: to take two people who have not previously met and bring them into a ‘studio’. As soon as they are together a photograph would be taken to capture their raw interaction, which in most cases would be cool. After, each person would engage in a 15-second continuous eye contact. During this time, the two people will learn of each other through their eyes. Finally, the two people are left to get to know each other during which time a second photograph is taken, which in most cases will show a warmer interaction.

That was the idea and, thanks to Hannah, Orla and the staff at Pier 21, especially Lorraine Plourde, the idea came alive during the six hours of Nocturne.

Here are some pics from the night:

The night went really well other than a few technical issues. Pier 21 was an ideal location with its history of people arriving and meeting new people. They actually funded the whole project, provided a bunch of volunteers and dealt with many of the logistics so you can imagine how grateful we are to them for making the evening a success.

With the arrival of cell phones, today people seldom interact with strangers and so it was refreshing to spend an evening watching people interact in the flesh. It was also interesting to watch how different people behave in such an awkward situation.

Hannah, Orla and I were so pleased with all of the people who came and did their part to meet a stranger. We had a great line up of volunteers too that made the evening run smoothly. We hope to present the best of the images in an exhibit next year.

I am always thinking of new ways to exhibit my art work, and a recent addition to my interests provided a rather unique opportunity to do something a little different. In April this year, I graduated as a professional sommelier after studying the intensive courses of the Canadian Association of Professional Sommeliers. Not long after, I thought of a collaboration between my wine interest and photography, a wine-photography pairing and tasting. Since this month (October) is the month long photography festival, Photopolis, I decided to create this exhibit and collaborated with my favourite local wine haunt, Bishops Cellar.

From 10th to 31st October I will be displaying seven photographic images of Sable Island at Bishops Cellar, with each paired to a wine. [tickets available here]

“A photograph is a visual expression, but the reaction it evokes can be felt across the senses; you can imagine being in the image, or feel it’s texture. From the start, wine tasting involves all of the senses but often we need guidance to fully appreciate it. In this exhibit, Damian Lidgard displays seven evocative photographic images from Sable Island with each paired to a single wine. On October 17th, you will have the opportunity to evaluate each pairing and experience Sable Island through all of your senses, while at the same time develop a greater appreciation of wine.” 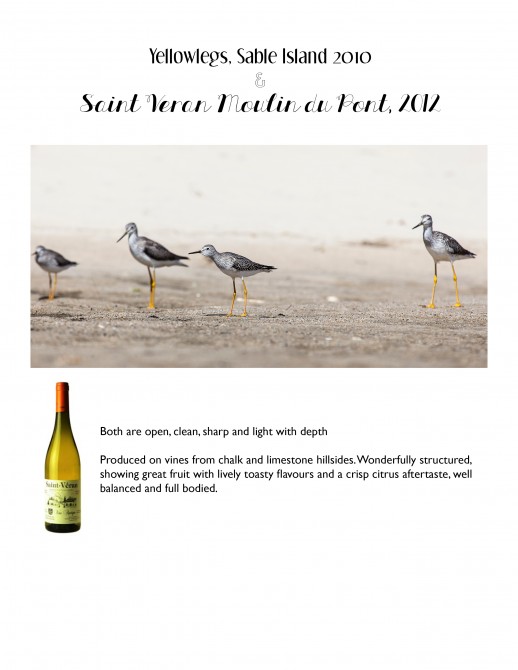 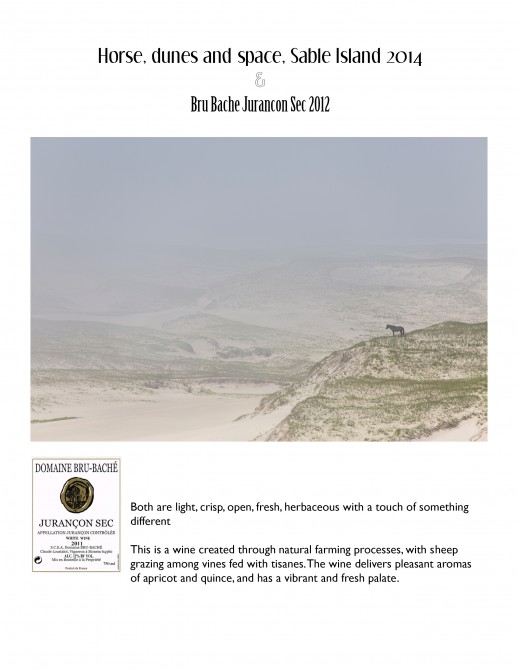 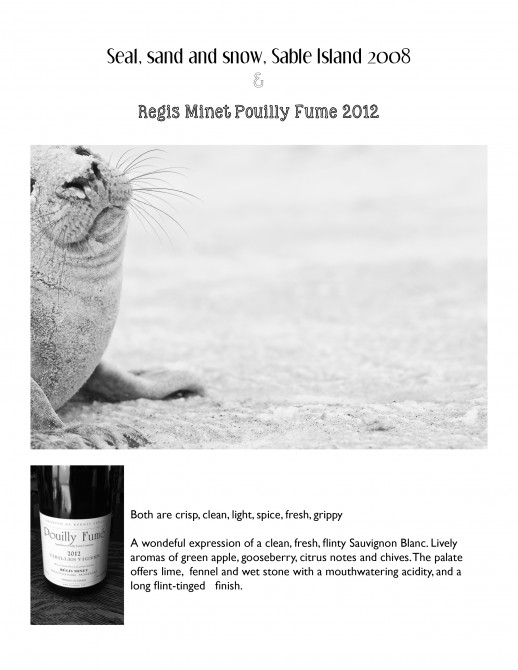 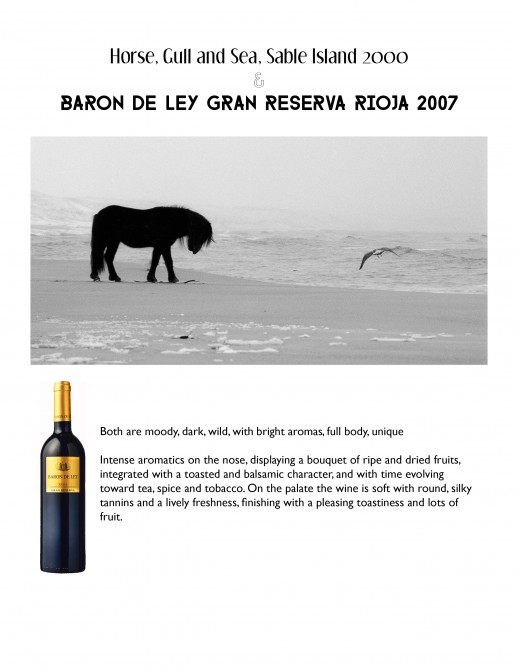 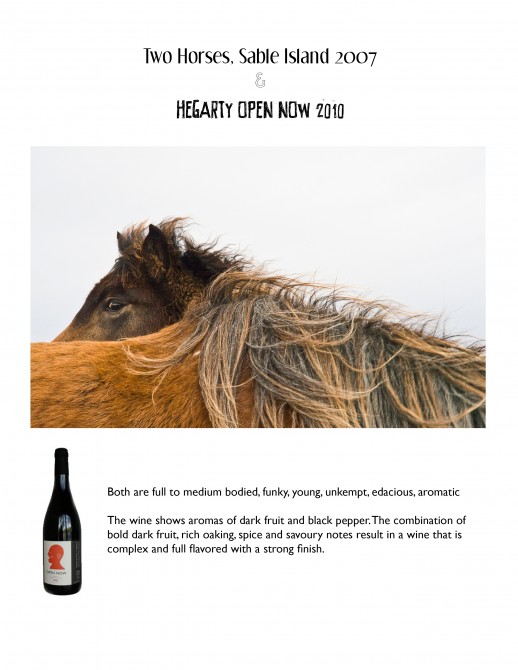 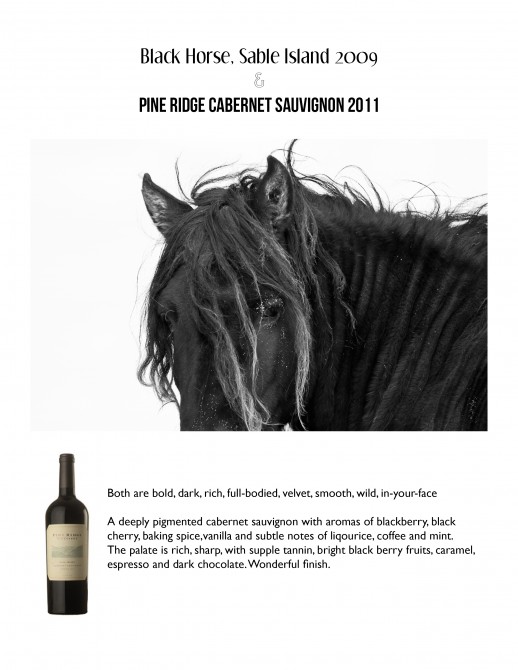 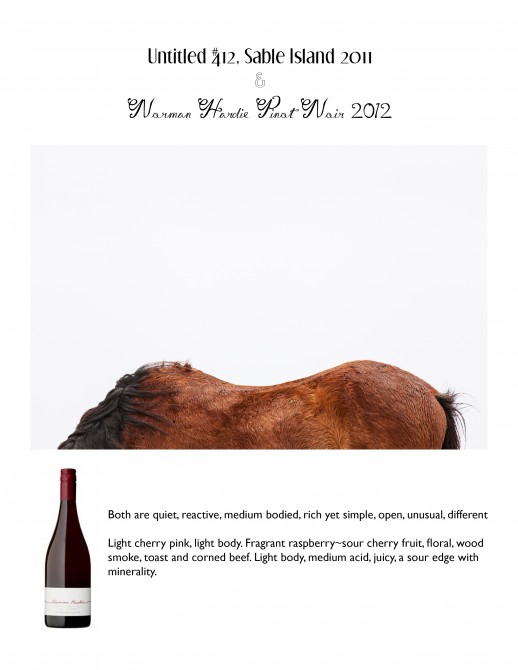 On day fourteen + 2 we remain here on the island. The plane is still in repair and the weather is due to change today from bright sunny skies to fog, with rain arriving later in the week which will delay us further. One could become annoyed with this delay or simply enjoy each moment and keep yourself open.

During this time of year, Sable Island is full of life. Many species of plant are thriving and blooming, horses and harbour seals have given birth and raising young, herring gulls, greater black back gulls, savannah and ipswich sparrows have hatched young, and grey seals are finishing their moult. Common, Arctic and roseate terns are also nesting. These birds are truly regal, elegant in their stature; and this is relevant to our current situation on this island:

“Everything has it’s beauty, but not everyone sees it” – Confucius (551–479 BC); a Chinese teacher, editor, politician, and philosopher 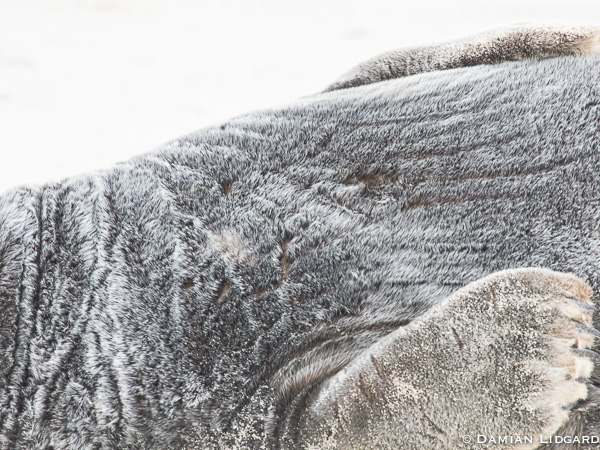 When I work on Sable Island I see thousands of seals each day. It is very easy to spend your day not really looking at them, not paying attention to their detail. But when you do give yourself the time to stop and look, you see their beauty and often in the simplest of things. 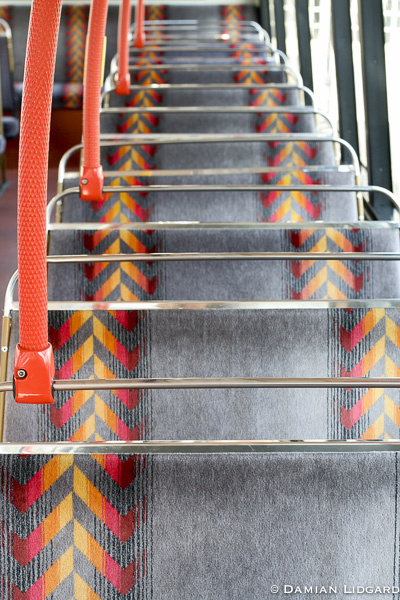 I took this photo while in a bus in England. As soon as I boarded and climbed the stairs to the top level, I saw this perception. People use buses all the time but I wonder how many spend time looking at this most ordinary form of transport.

This week we will hear from Ansel Adams, the well known American landscape photographer  [1902-1984]

“All I can do in my writing is to stimulate a certain amount of thought, clarify some technical facts and date my work. But when I preach sharpness, brilliancy, scale, etc., I am just mouthing words, because no words can really describe those terms and qualities it takes the actual print to say, “here it is.” 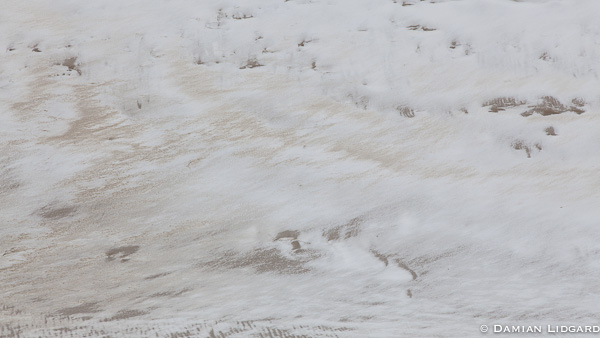